Date: started in December 2020, finished in August 2022, and still updated

I previously made replicas of my first and second apartments.

After I moved into a new house with my girlfriend in June 2020, I had to make a replica of that house. Like for the previous apartment, once settled in and the Lego room mostly ready, I dismantled the previous construction and started a new one.

This time the final result is too big to go in the same coffee table as the apartments, so it is stored in my Lego room and I move it downstairs for taking pictures or showing it to visitors.

The house has two floors above the ground floor, a basement and a garden. Here is the front and back of the house with its three floors but without the basement or garden, which are not yet build: 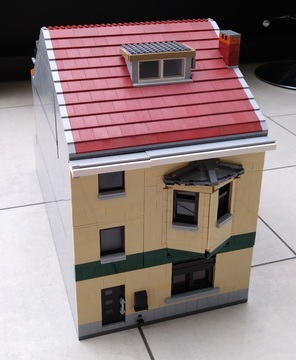 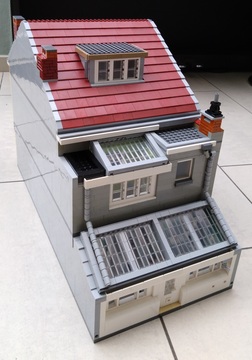 It is a typical rowhouse from Brussels, hence the plain grey walls: the real house has other houses attached on both sides. 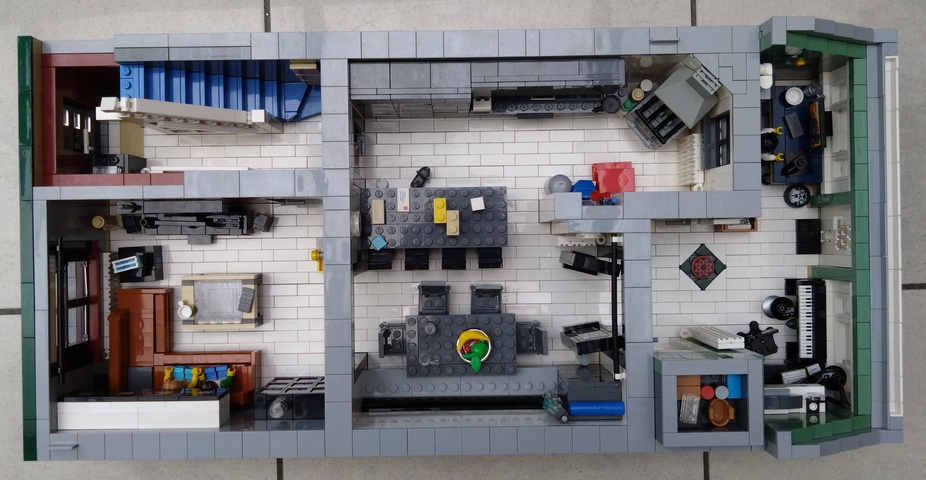 On the groundfloor the hallway has stairs for going down to the basement (to be added later) or to the upper floors. There is a large living room with an open kitchen (wall removed while doing renovation) and a veranda used as office room. 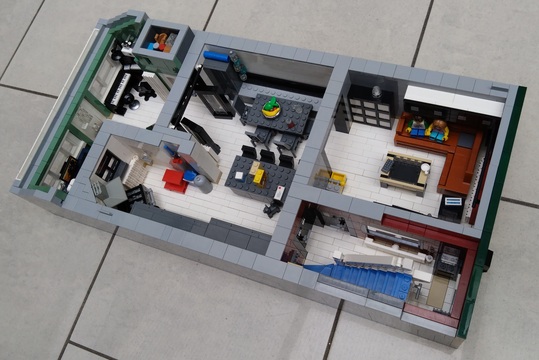 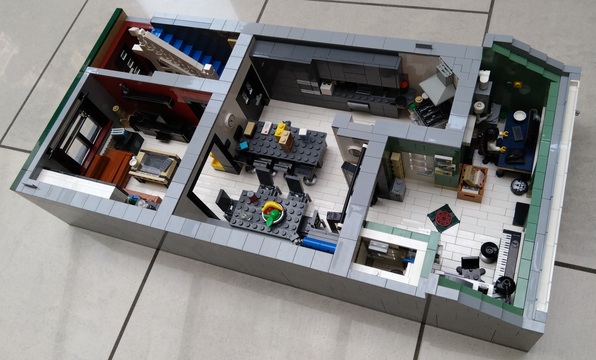 The veranda at the rear of the house has a door for accessing the garden, which is something I'll build later: 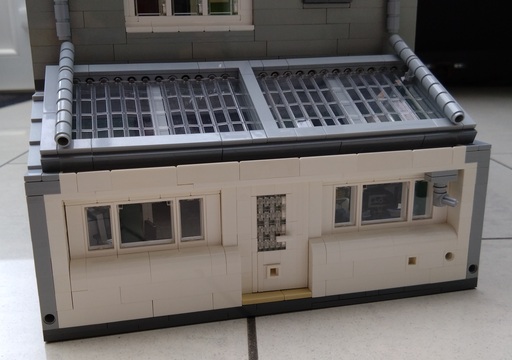 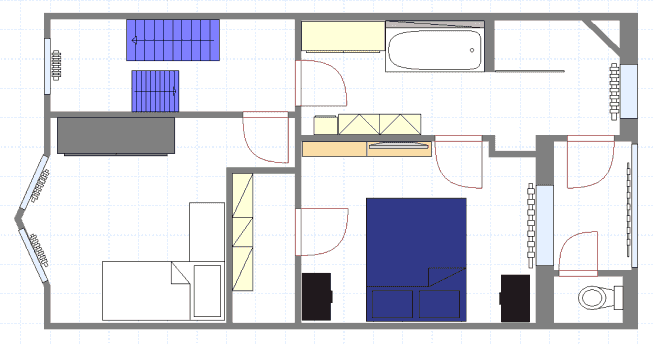 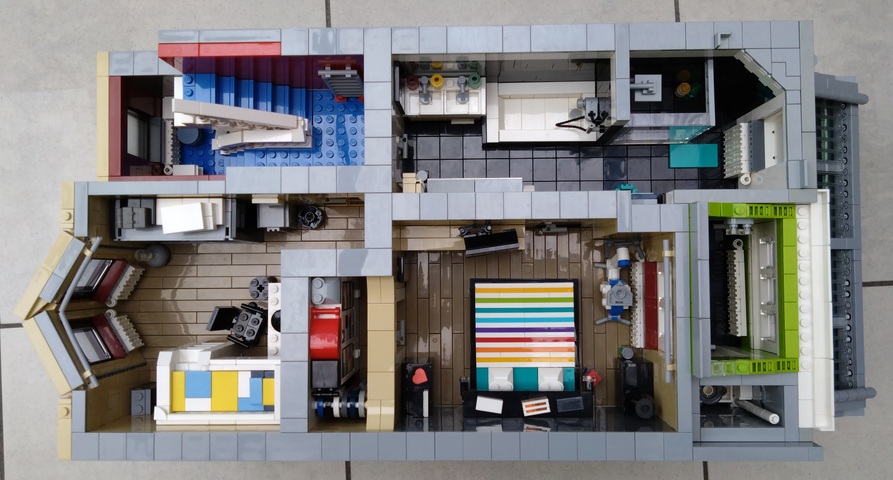 On the upper floor, from the stairs, two doors give access to a first bedroom and the bathroom. From there, we can access the second bedroom. The toilet is accessible via a small veranda-like hallway (an old terrace which was covered).

A part of the first bedroom was walled to create a dressing room accessible via the door that was between the two bedrooms. 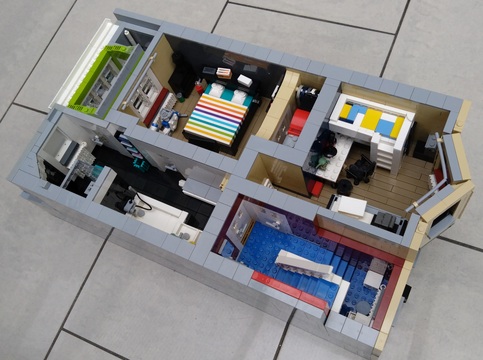 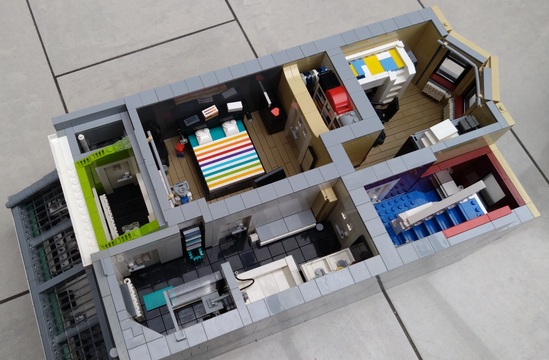 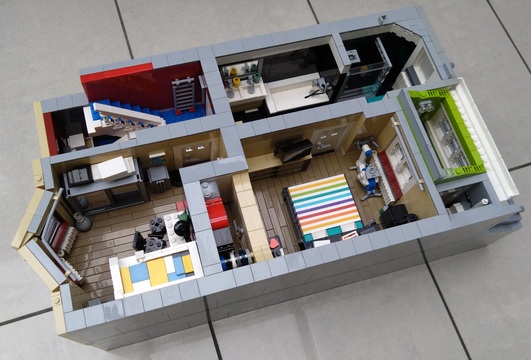 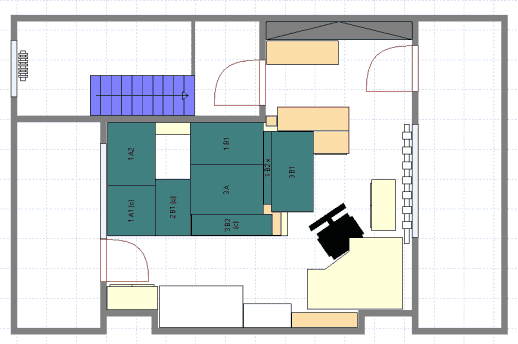 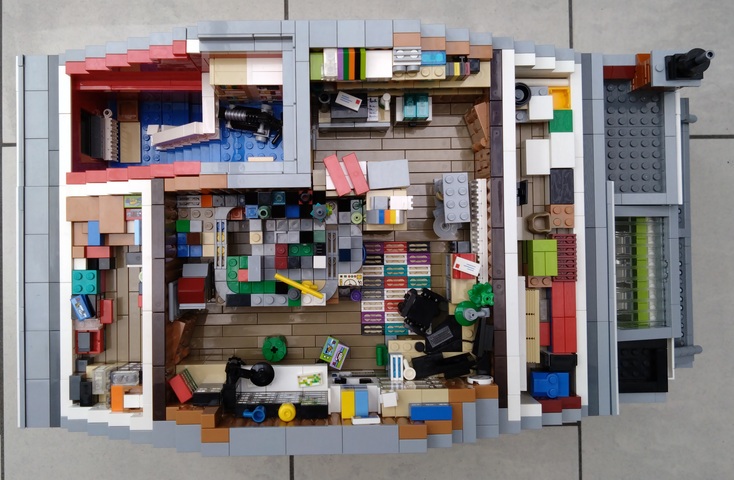 At the top of the stairs, there are two small bookcases. Beind the door, there is only one room under the roof. It serves as Lego room and as office room. In the entrance of the room there are some storage cabinets. The lowest parts of the roof are also used as storage. 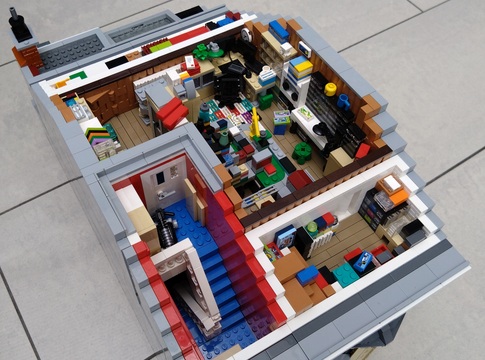 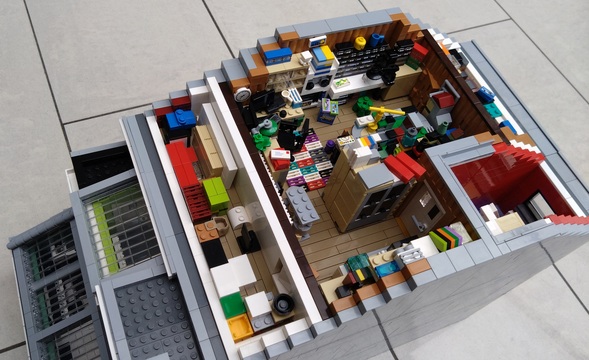 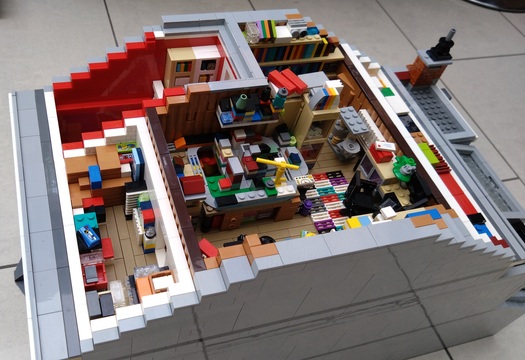 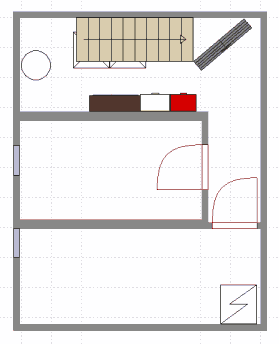 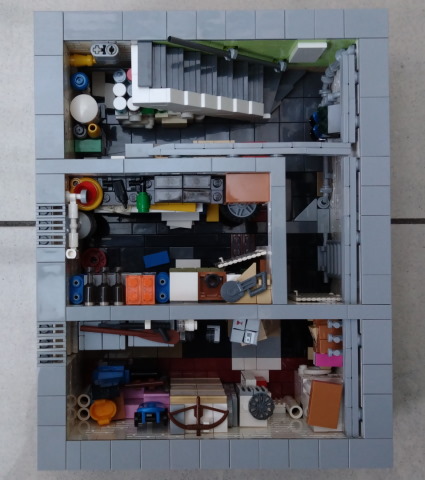 After the three floors of the house, I still had to add the basement, which is under the hallway and the front part of the living room. This part was done between August and December 2022. 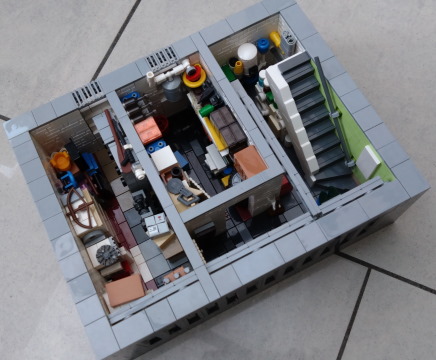 The basement is separated in three parts. The first one is the laundry room, with the machines under the stairs and all the meters. From the electrical board, cables in trays go to the upper floors via the corners of the basement.

The two other parts are used to store a lot of things, so there are a lot of details, not all are very well visible here: more details can be found in the links at the end of the page.

If you want to see more, you can find some work-in-progress photos and additional details about the construction on the following forum threads: