After a minifig-size replica of my apartment, I decided to make a microscale replica of the building that contains my apartment. I had that project since some time, and a challenge on the Lego thread of the hardware.fr forum was a good opportunity for that. 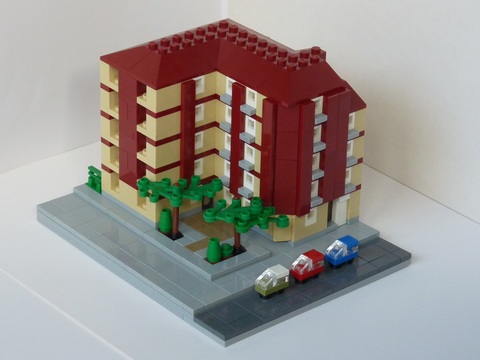 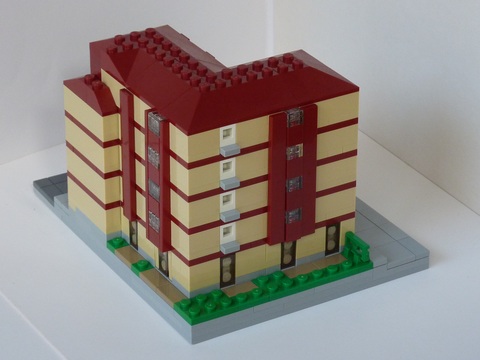 Photo of the actual building: 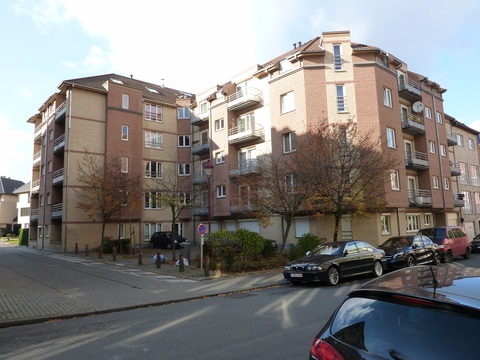 Captures from Google Earth, giving a better view for an easier comparison: 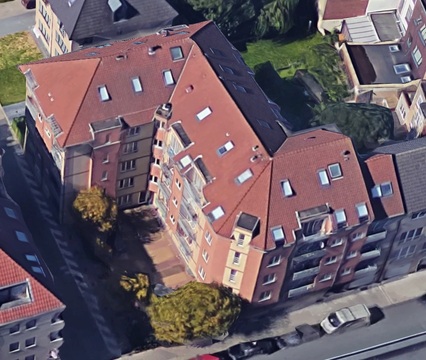 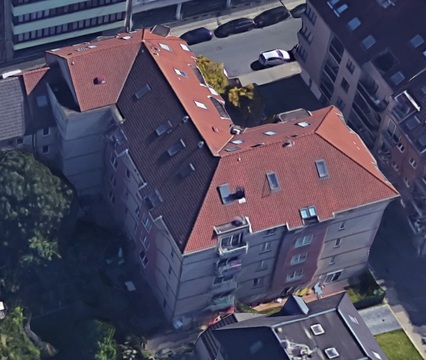 Update with alternative roof tests, made from comments received... 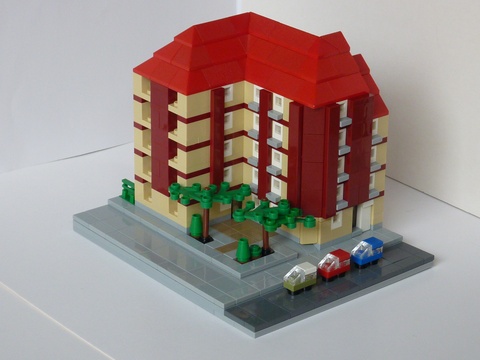 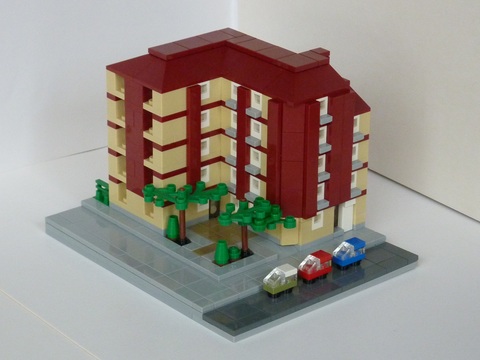 Maybe it would look good with dark red 45° slopes, but some required parts do not exist, and the roof is too high with such angle.

The visible studs instead of tiles help to keep a Lego style for the whole set.

So in the end I still prefer the first version.

This time as update I added a building located at the other side of the street, somewhat "linked": it was build just the year before, by the same company. It is a smaller and simpler building. 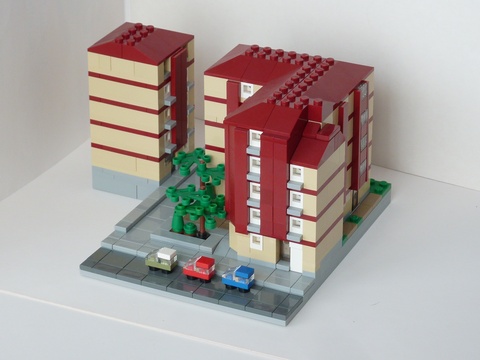 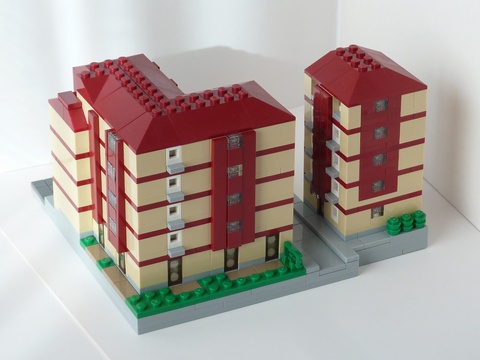 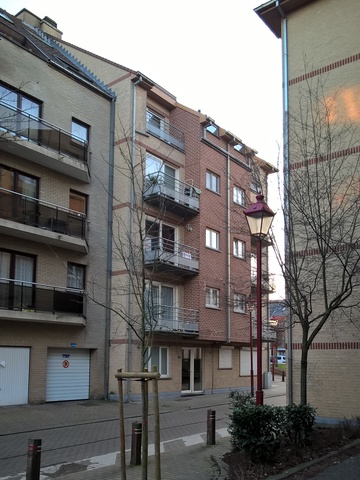 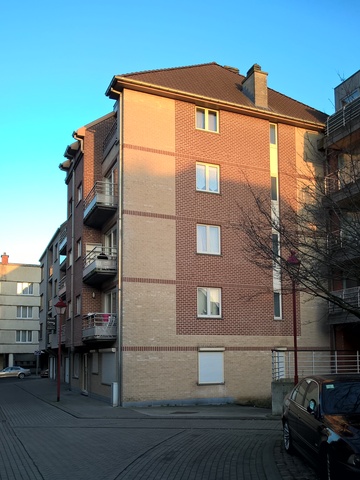