I wanted to make some smaller houses, not in the usual style of modular buildings (so I used these only as background around the houses block). 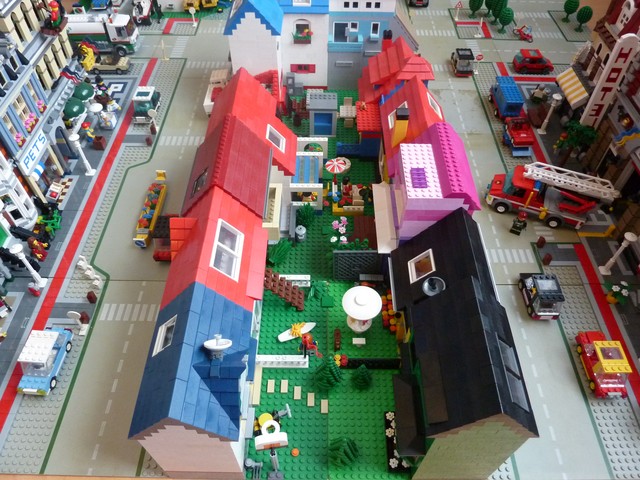 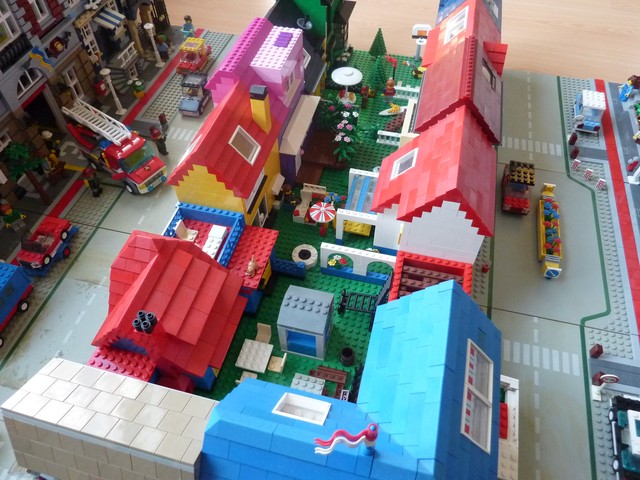 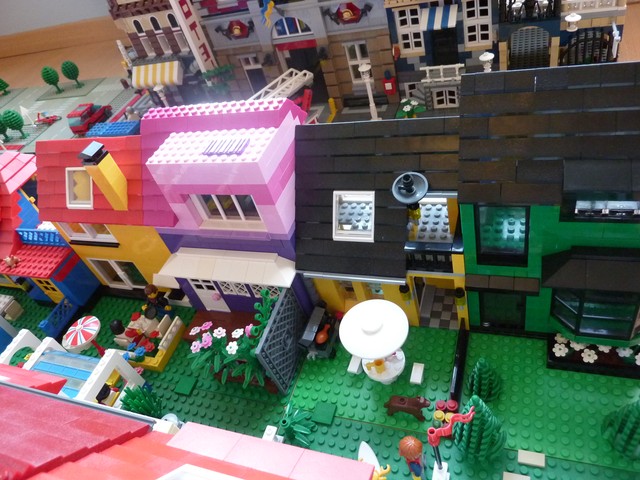 The first yellow house is inspired from the 4996 "Beach House". 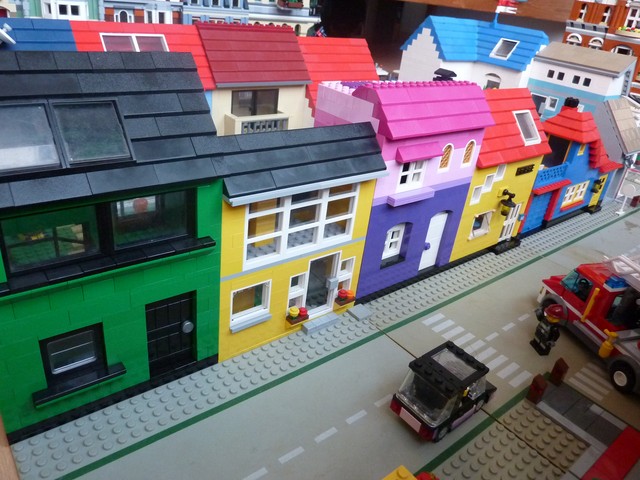 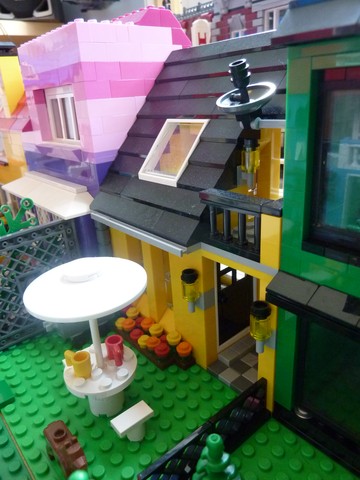 The second yellow house is from the much older 6360 "Weekend Cottage". 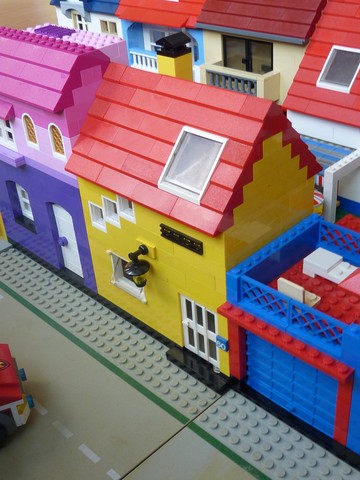 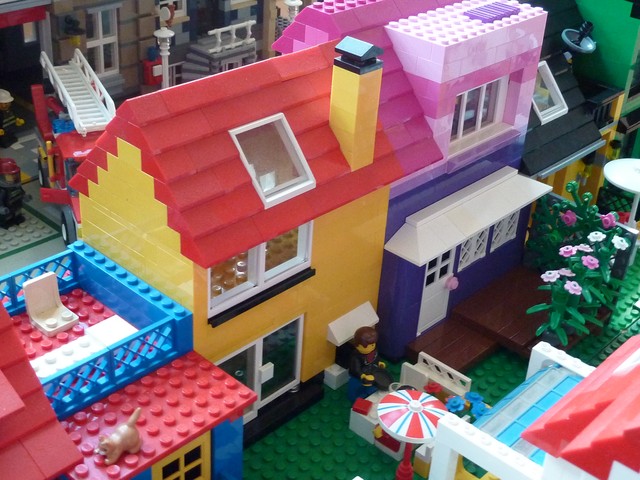 On the corners, a book store and a restaurant: 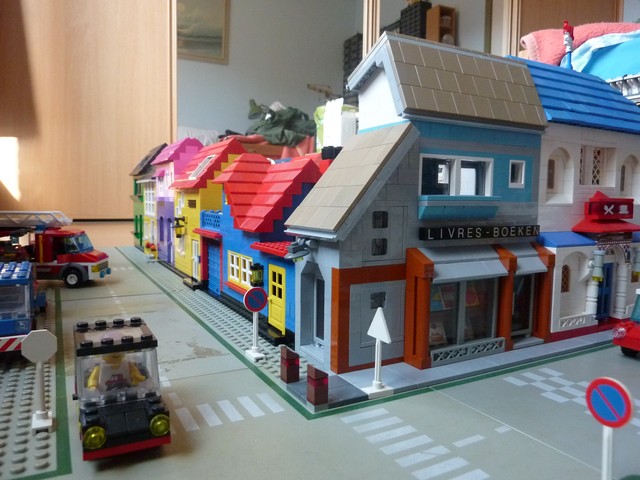 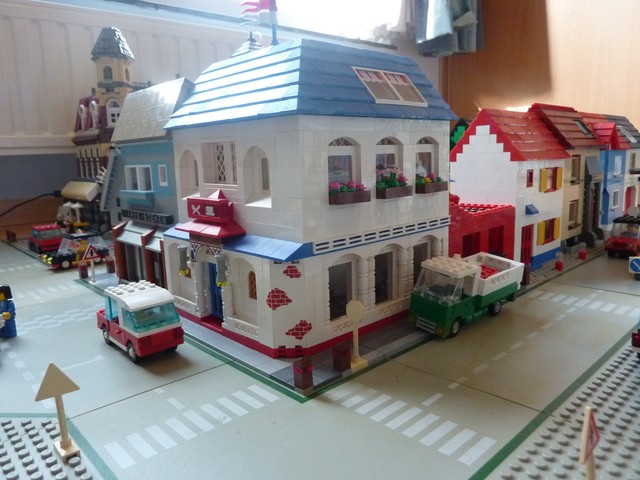 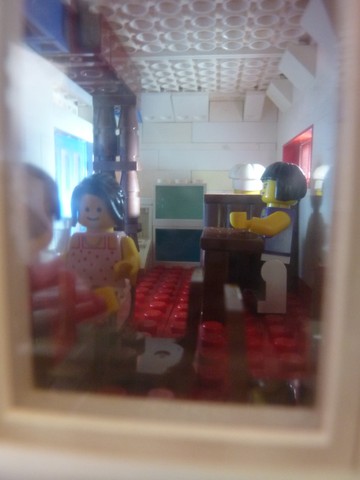 The blue roof is made out of parts from various eras: oldest are from the 60's (and so a little deformed), including the uncommon Double Convex / Double Concave; newest are from 2013, from a store's pick-a-brick wall. 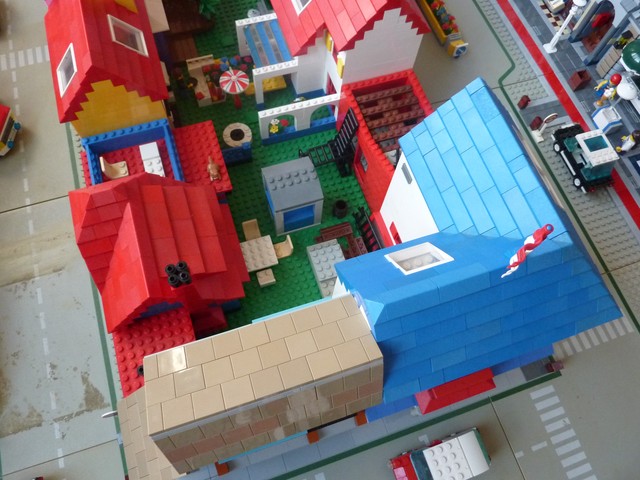 The blue/red house behind is inspired from the 6372 "Town House". 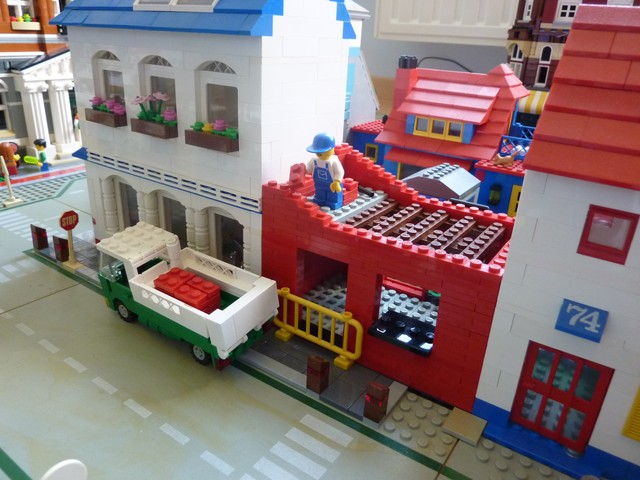 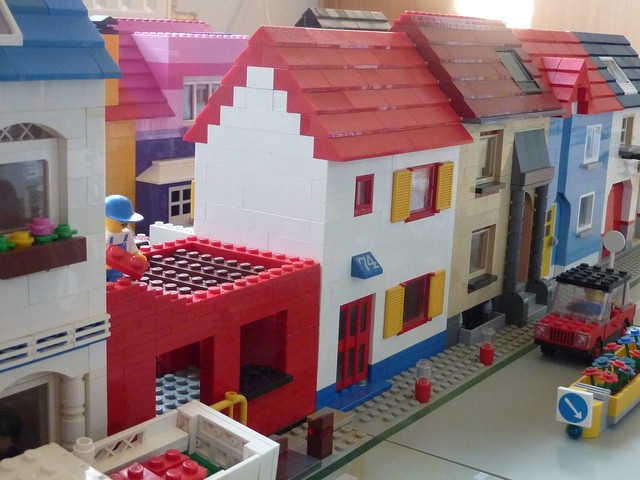 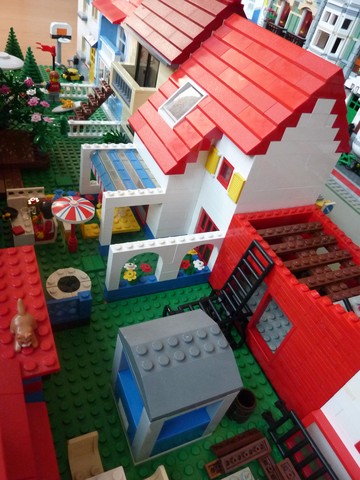 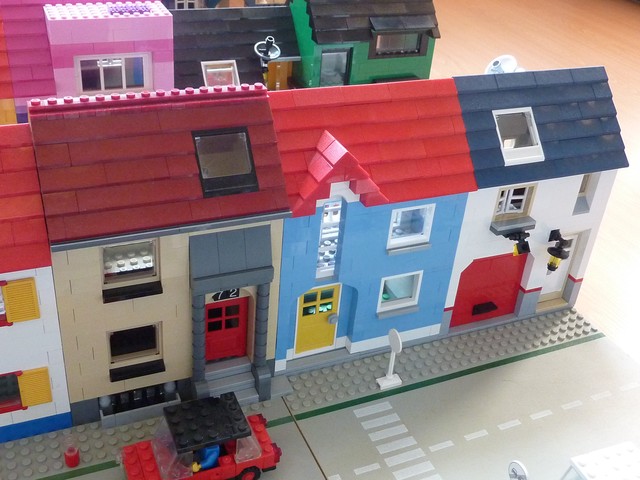 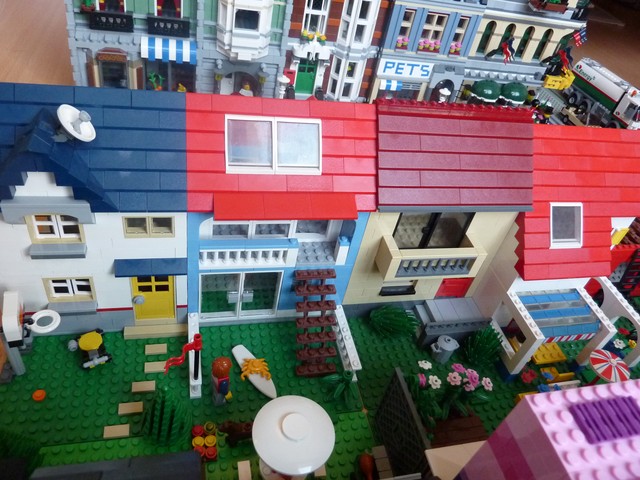 Between the town hall and the Octan service station, some city vehicles. 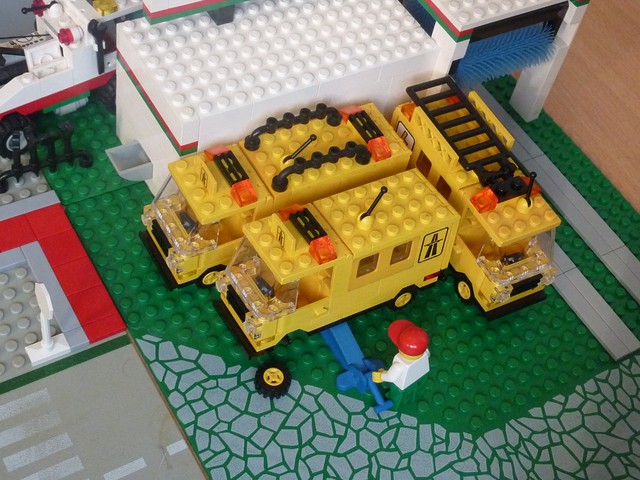 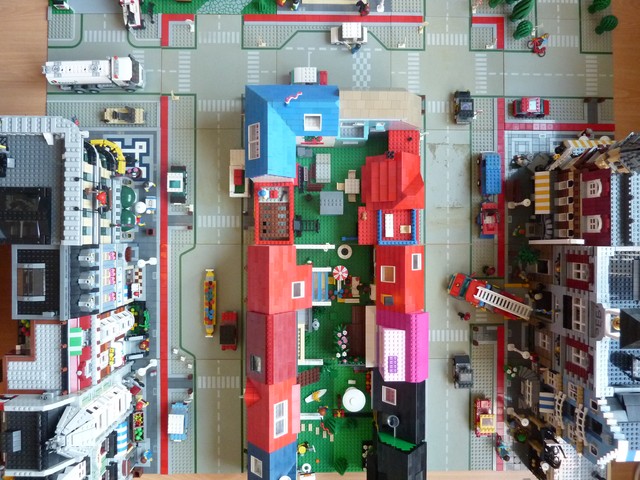 The bicycle paths are red because here in Brussels these are usually sand-red... and I had much more red than sand-red.
Same for the brown poles near the pedestrian crossing: they imitate the wooden poles seen in Brussels.

Yes, there is a bike laying on the ground, it felt before the photo shoot and saw it only after I finished. Same for a small bush in one of the garden. And maybe other things I missed...