I wanted to make a multi-level parking lot with ramps between the levels. As a contest was launched on Eurobricks on the "Modular Building" theme, I thought it would be a good way to join it.

Due to the contest rules, I had to use a 32x32 basis, which is a little small for such building. I had to replace the ramps by an elevator. 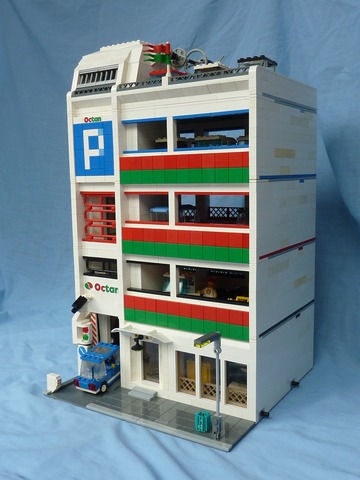 On the roof, the windlass. The large wheel allows to easily operate the elevator manually, but it could be easily removed for a more realistic look. The red small axle is there to block the elevator at a level. 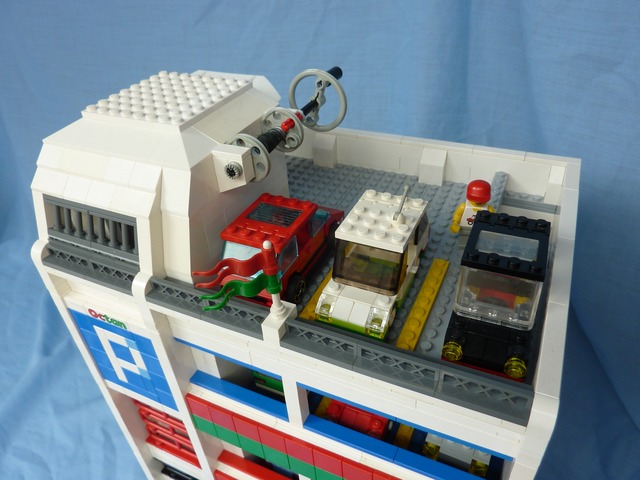 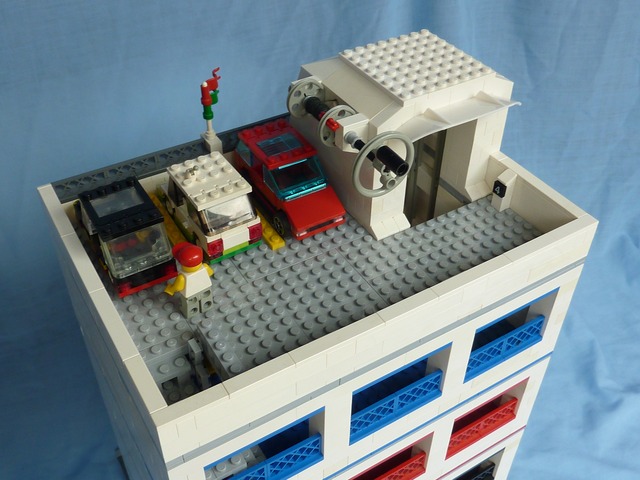 The rear of the building is rather plain and boring (even more than the front). I had to use the whole space, I couldn't keep an empty alley on the rear like what is found in most of the official modular buildings. 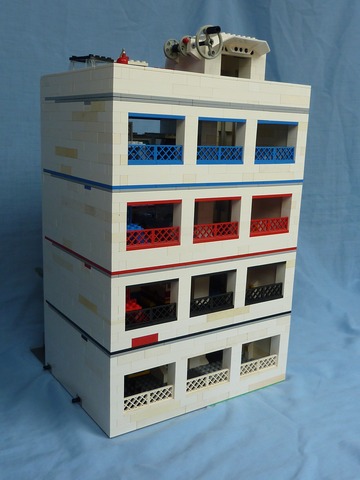 The red brick is a mistake (temporarily put for the stairs) that I forgot to replace and that I see only now :)

I tried to avoid yellowed bricks for the front, but I didn't really care for the sides and the rear, as I was not sur that I would have enough non-yellowed bricks.
Indeed, at the end there weren't so many 1x6/1x8 bricks left. And surprisingly I used most of my 2x3 bricks, due to the size of the pillars around the elevator shaft.

View of the elevator shaft from the top: 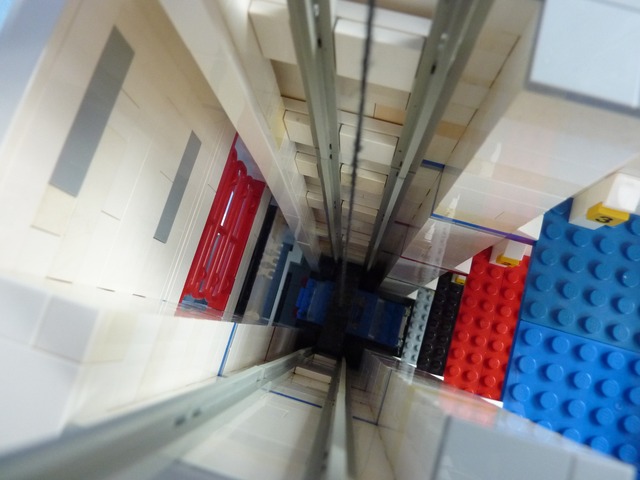 Notice the three plates with clip below the red fences: the Octan logo seen above the entrance comes from the 6335 Indy Transport set; that sticker covers a lot of pieces, including these plates with clip.

Elevator arriving at level 2 (couting ground as 0) with a car: 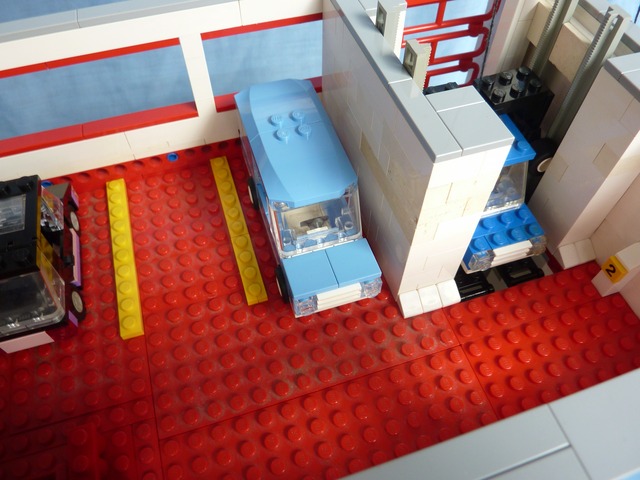 The wheels on the elevator allow a smooth move along the rails. 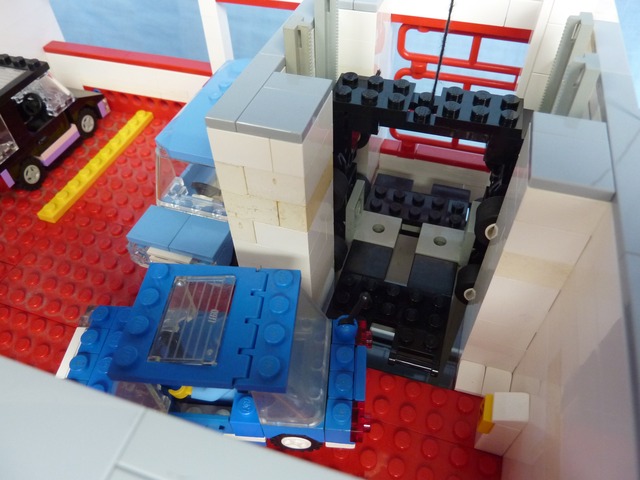 All intermediate levels are the same size and are compatible, except for the rails. They were too long to match the height of a level, and too short to cover two levels. 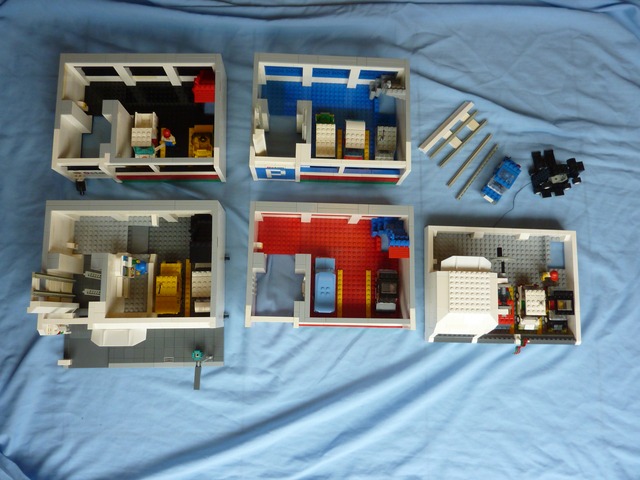 Minifigs can use the stairs (the color of each flight of stairs matches the upper level). 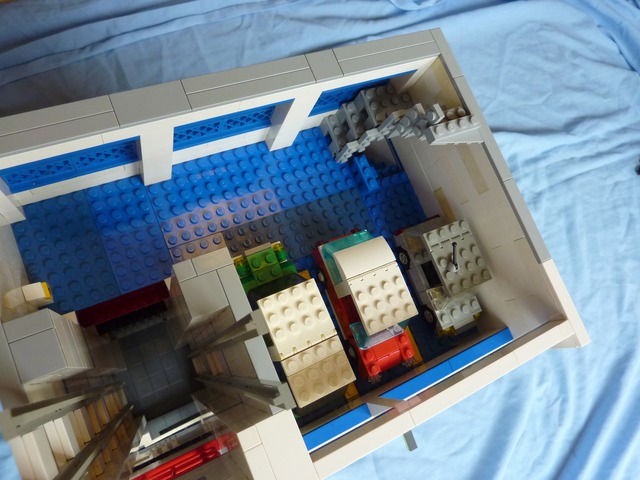 On the ground level, near the door, users can pay (as these parking lots are usually not free...) 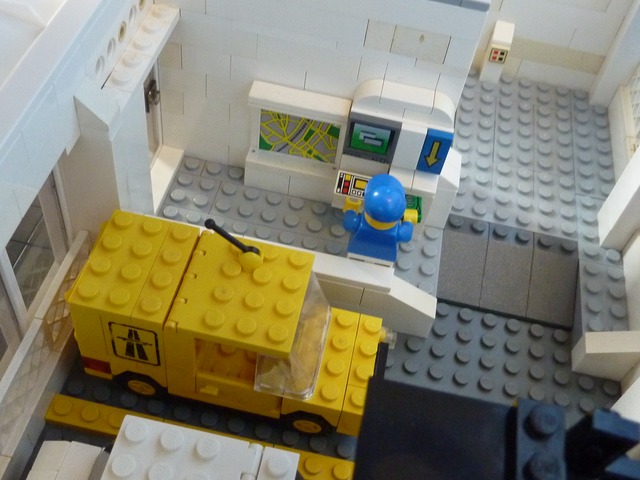 Detail of the entrance: 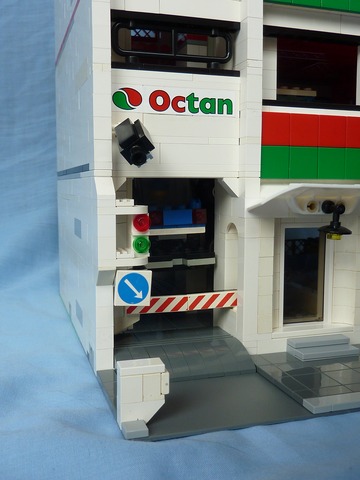 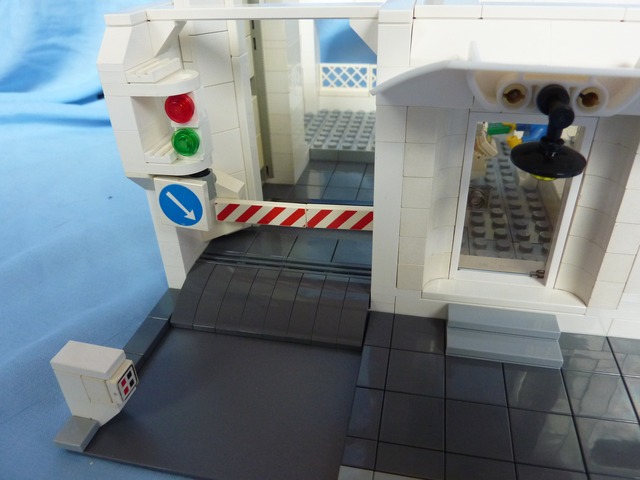 The building is a little higher than most of the official ones, but it still fits well between others: 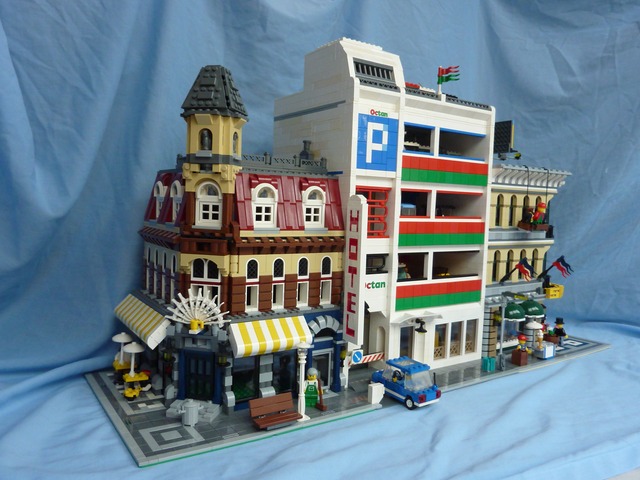 And for the end, a group picture of all the cars used in this building: 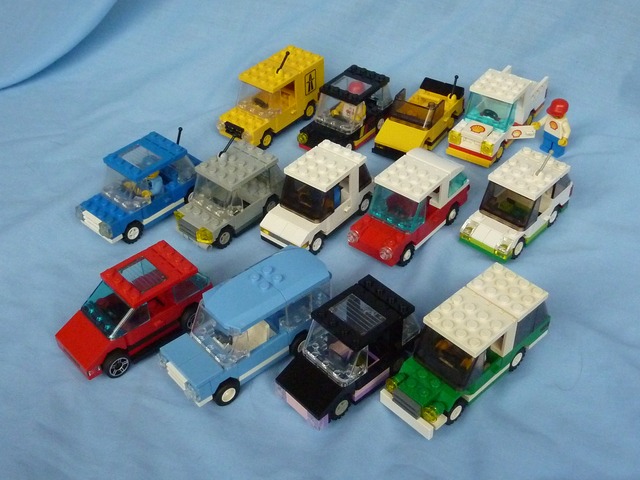