I hesitated to buy the Fire Brigade modular building (unlike the others that I bought directly when I saw them), one of the reasons was that I did not like the fire truck provided with it.

So I made a new one, more modern. 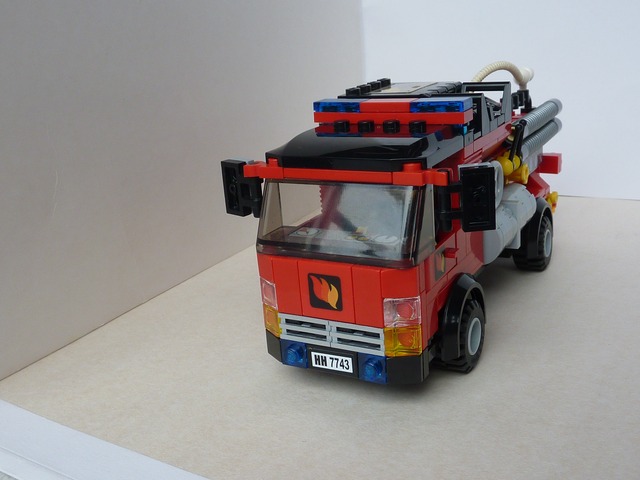 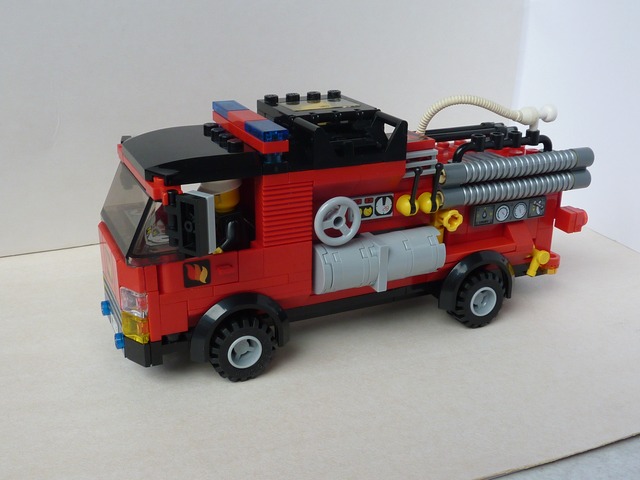 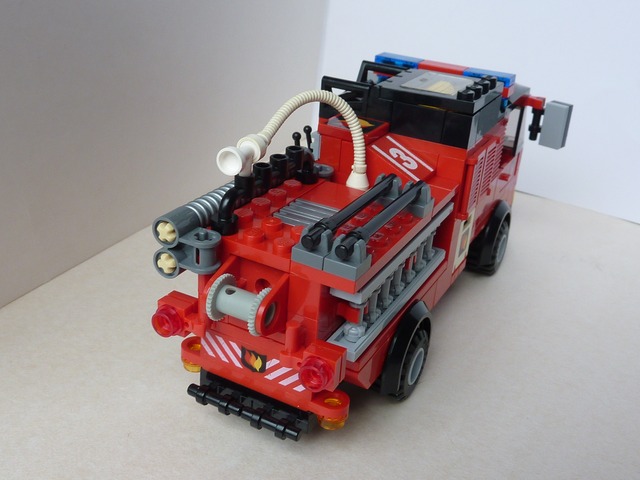 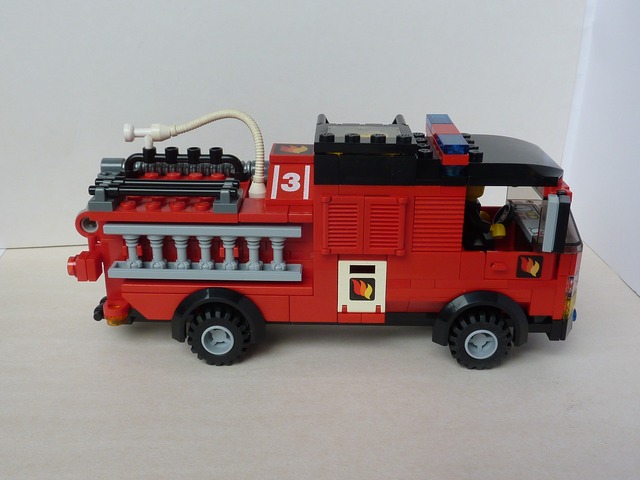 I reused several parts of the original truck, like the pipes, the ladder or the fire extinguishers that are now stored in a box on the roof: 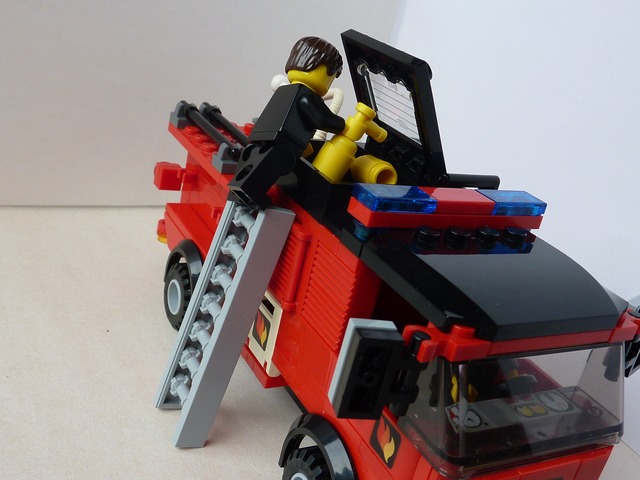 The driver must be careful: once the mirrors are folded, the truck can pass the gate but there isn't much space left around it. 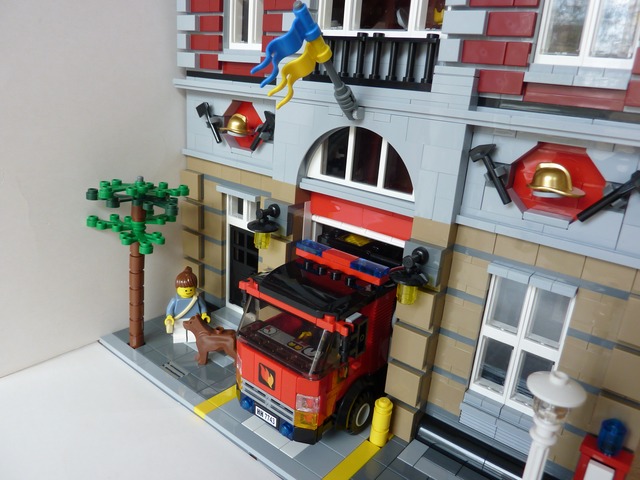 Also, you can see that I didn't like the flag made out of bricks, so I replaced it too.

Here is an early prototype of the truck cabin: 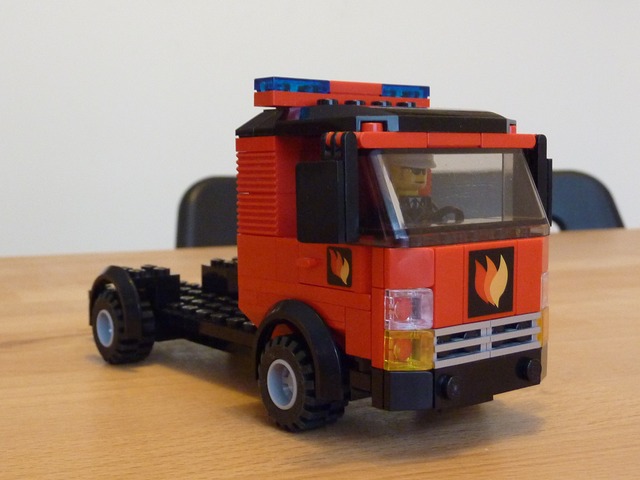 The rear view mirrors were too large to fit in the building entrance, so I had to replace them by something that could fold.
The newer version of the truck still has a big flaw: it is one or two studs too long to fit in the building! I lengthened the chassis to make it look better and forgot to check the total length once I added the bumpers.

I may fix that later, if I modify it. Or maybe I'll replace it completely by another one.

Here is the LXF file for LDD.

2014 update: the truck has been replaced by the one from the set 60003 Fire Emergency 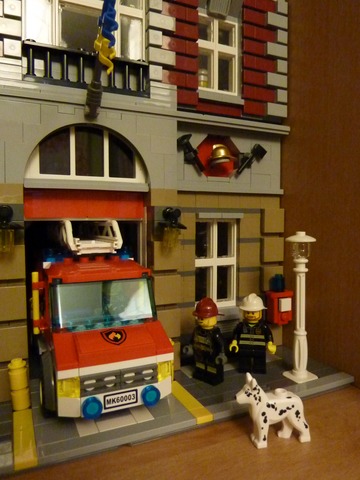